Satellite new photoelectric lightning rod is toure - mason company research and development in the late 1990 s, through continuous improvement, and after a lot of testing and trial on in France, in 2017 into the international market, the fifth generation in advance to discharge is the first in the international market driven by solar energy discharge (ESE) in advance of the lightning rod, The only active ESE lightning rod. The product is certified by LCIE and fully meets the requirements of NFC17-102, with precise electronic excitation technology and photoelectric energy storage system as its important features.

At the initial stage of lightning cloud discharge to the earth, a descending pilot discharge will be generated, and it develops to the ground in the form of steps. At each stage of descending, a strong transient electric field will be generated. As a result of electric field induction, the buildings or objects on the ground will appear corona phenomenon, and then produce upward lead discharge. The ascending leader travels upward until it meets the descending leader to form a discharge channel through which the thundercloud charges flow to the earth.

The tip of an object on the ground may produce many upward leads, and the first upward leader that meets the downward leader determines where the lightning strike will fall.

The purpose of the predischarge lightning rod is to produce an upward lead that is faster than other objects, and its proper operation depends on additional energy. The energy of the common premature discharge lightning rod comes from the atmosphere electric field induction, because of the influence of environmental factors, it is difficult to obtain a stable tip voltage, so it is difficult to ensure accurate premature time; Photoelectric lightning rod energy from the internal photovoltaic energy storage system, no external power supply or atmospheric electric field to obtain energy, combined with accurate detection-trigger device, become the most advanced early discharge lightning rod!

The new photoelectric lightning rod is equipped with two polarizing devices. The first energy device actively collects and stores energy through solar cells to provide energy for maintaining an upward lead discharge. The built-in current sensor measures the approaching downlink lead current. When the current exceeds 1A, the sensor initiates a capacitive discharge and releases the necessary energy to allow the upstream lead to propagate.

The second device is named: pulse device. Collect and store the energy of the thundercloud electrostatic field to stimulate the pilot discharge when appropriate.

(According to LCIE's recent regulation on product labeling in the market, all new products can only be labeled with the above three specifications.) 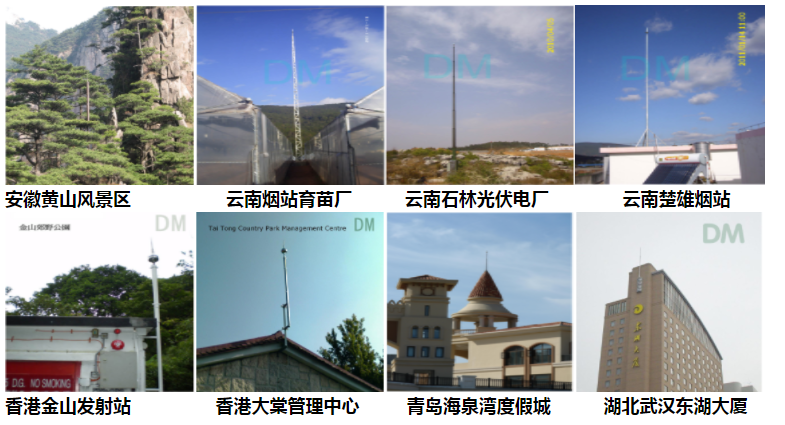